Found and Lost is an explosive, devastating, entertaining and often hilarious adventure story about Lucy Lewis, daughter of a prominent billionaire. Lucy was just a baby when she was swallowed up by the devastating Great Earthquake of China and believed to be dead. Meanwhile, the baby Lucy was found and cared for by a renowned 120-year-old Monk and Scientist who had been meditating in a cave around the time of the Earthquake. Lucy and the Monk live together in the cave for 13-years, during which time Lucy learns many mystical Eastern practices.

Only the first few chapters speak to Lucy’s backstory and time trapped in the cave.

When a construction team discovers Lucy, she is taken back into civilization by an irreverent, deeply flawed African-American explosive-specialist, called Six Nine, who was given his moniker because of his size. During Lucy’s riveting adventure, Six rescues her several times from physical danger. Lucy rescues Six spiritually.

Readers will experience Lucy’s unique point of view as she discovers the modern world above ground through innocent eyes. Lucy has to make sense of a world centred around greed, power and over-consumption, where money, fame and material possessions are revered above all else. Lucy has to fight, hide and run to stay alive, all while keeping her two new-found “friends” safe. Lucy quickly discovers her inner-strength or “Siddhis” (powers acquired as a result of long-term meditation practice).

When international leaders and underground organizations discover Lucy’s status and unique powers, she becomes wanted and hunted. To survive and hold onto her freedom, Lucy, Six and their two peculiar accomplices (an Ape called Franny and a Baby) go on a high-octane adventure journey to get themselves lost again.

I was interested in exploring the modern world through the eyes of an innocent child, previously trapped in a life of asceticism.

Readers will experience the world through Lucy’s eyes. They will understand separation and suffering and will get glimpses of how to be connected, whole and free, without the need to possess, grab and chase after more. Their consciousness will be provoked, not in an oppressive didactic manner but entwined in an action-packed adventure story with many unexpected twists and turns.

After reading Found and Lost, you’ll discover many realities of our time through the innocent eyes of a brave girl. You’ll understand Lucy and the other characters’ potential to transform courageous readers to be more conscious and to make a positive impact on our future.

Found and Lost is just the beginning. More stories about the quest for truth, bravery, inspiration and heart-opening adventures await you.

Book 2 of The Great Way Series.
When world leaders discover a covert experiment involving a group of children forced into a life of ascetism and spiritual training, the children become wanted and hunted for their powers as the most dangerous weaponry in human history. Lucy Lewis is the only one who can save them. 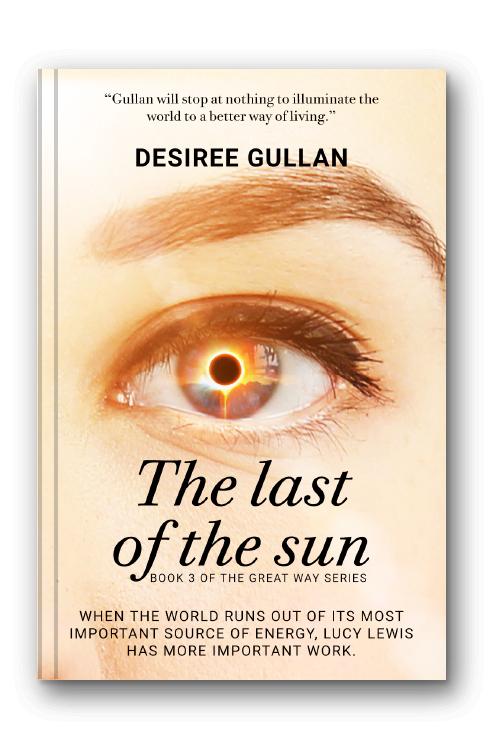 The last of the Sun

Book 3 of The Great Way Series.
When renewable energy takes a dangerous turn and the world runs out of sunlight, Lucy Lewis has more important work to do as she leads the way for the human race to not only survive, but thrive. 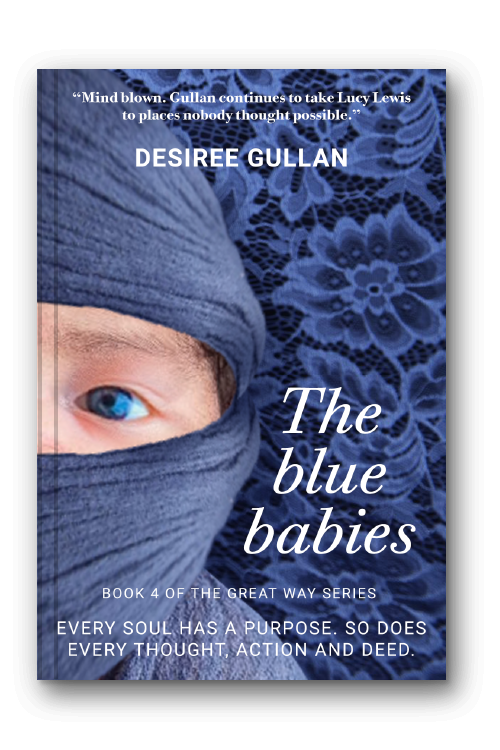 Book 4 of The Great Way Series.
Some souls have such important work to do they come into the world for a short time only. Lucy Lewis has yet another mission––to connect the power and purpose of the Blue Babies from around the world to help them achieve their greater purpose.